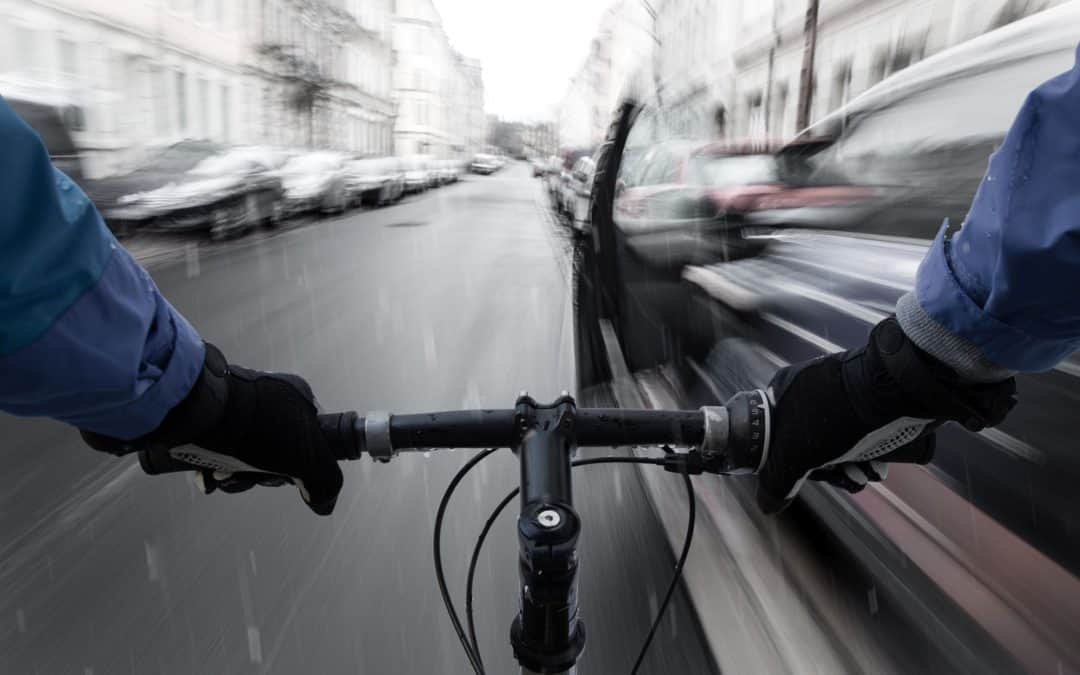 Bicycling is a great way to exercise, especially in Florida. But, bicycling can be dangerous. Drivers can be careless, speed, be distracted, drive drunk, and cause accidents with cyclists in many ways. But drivers do not have to be driving, or behind the wheel to potentially hurt cyclists. Indeed, drivers can cause bicycle accidents even when parked! This often happens when drivers (or their passengers) open their car doors into oncoming cyclists, causing an accident. This is known as a “dooring injury.” As a dooring injury lawyer, I am prepared to help you with your dooring injury case!

It is logical to question who is at fault when there is a dooring accident. A person might think: the driver was simply opening his or her car door – how is this negligent? We will address this issue in this post.

Let’s take a closer look at dooring injuries, including who might be responsible when there is a dooring injury.

What is a dooring injury?

A dooring injury occurs when a car driver opens his or her door and hits an oncoming cyclist.

Dooring injuries are especially dangerous, since they often occur suddenly and without warning. Indeed, cyclists often have no opportunity to avoid hitting the car door.

In Florida, drivers can open their car door when it is reasonably safe to do so. However, Florida drivers often fail to do so. And when they fail to do so, cyclists can be seriously hurt.

Who is responsible for a dooring injury?

Every dooring injury case is unique. So, responsibility depends on the facts of your case.

However, certain facts tend to suggest a car driver (or his or her passenger) was negligent in opening his or her door. These facts may include:

Each dooring case must be examined carefully on its own merits. Simply put, just because there was a dooring accident does not mean the driver is automatically responsible.

Are there any laws concerning drivers opening their car doors?

Under Florida Statute Section 316.2005, a driver can open his or her door only until it is “reasonably safe to do so and can be done without interfering with the movement of other traffic….”

If a driver violates this statute, the police officer may issue a citation.

If you are injured in a dooring accident and the driver receives a citation, the citation will most likely not be admissible in your civil case.

However, citations are often helpful in settlement negotiations with insurance companies. In my experience, insurance adjusters will often rely on citations in determining who was negligent. So if the police officer issues a citation to the driver, it may help your case.

How often do dooring injuries happen?

Dooring injuries happen more often than you would think.

There have been several studies on the frequency of dooring accidents.

In a study done in San Francisco from 2012 to 2015, it was found that approximately 16% of bicycle crashes where the cyclist was likely not responsible or at fault involved dooring accidents.

So as you can see, dooring accidents happen quite often.

What can drivers do to be safe when opening their doors?

There are steps drivers can take to safely open their doors and avoid a potential dooring accident. They include:

Can a cyclist be responsible for a dooring accident?

Yes, it’s possible a cyclist could be responsible for a dooring accident.

In Florida, we follow the comparative fault system for personal injury cases. For a longer discussion on this issue (and many more personal injury issues), check out question number 7 here. In short, under the comparative fault system a party’s fault will reduce his jury award by the percentage of his or her fault. If the jury finds a party 50% responsible for his or her injuries, the jury award will be reduced by 50%.

To avoid dooring accidents, cyclists need to remain vigilant. Cyclists should ride defensively and look for drivers (and passengers) who may exit their car.

I understand the seriousness of dooring accidents and how your life and health can be changed in an instant. We are prepared to be your zealous advocate and fight to get you compensation for your medical bills and pain and suffering.

It would be our privilege to represent you.